063 How to improve productivity and limit phone use

How to limit phone use and be more productive

Hello, welcome back to the art of business English here we have a little bit of a live session today in the school here in Barcelona. Now this week, as I mentioned in last week’s podcast episode, I’m gonna be focusing this episode on a bit of productivity at the moment I’m taking course on productivity by a very interesting entrepreneur who has a great company. His name is Shane Melaugh, he is the CEO of Thrive themes, which is a fantastic product, which I personally use for all my websites and his course is called focus and action, which I took and I have been taking since the start of the year and there are a couple things which he’s enlightened me to, which I have found quite interesting. I really want to share it with you guys my audience because I think it’s something that you should be aware of and I think it’s something we can all benefit from.

So, basically today talk about is some of the things that are actually occupying our time, which we don’t really realise okay and this I feel is really impacting negatively on our productivity and our ability to work well and really to be present with our family, which is quite sad and something really I’m starting to feel more passionate about and I have started to share this with some of my younger students who are at University and some of some of my younger students. And they spending a lot of time or a lot of their time wasting it on in particular social media such as Instagram so what I want to do today is to show you if you’ve got an iPhone and show you how you can monitor your behaviour and the use of your device which is I am sure you will noticed that it is impacting negatively. So what you are looking at today is our how we can check out screen time, which is the use of much time you spend looking at your screen, some of the negative things that studies have found which can basically impact on our productivity and maybe some of the ways which we can be better and more productive and avoid interruptions.

What is screen time?

Okay, so let’s start by looking at this famous and newly implemented screen time. Okay, so basically if you look at your phone what you find is that under the settings and OK you go to settings and you look just under the notifications. There is a section called screen time OK and from here you if you haven’t already activated it, you need to activate it okay and what it does is, it shows you how much time you spend with your screen on okay and unlocked, and that’s in a 24 hour period and what applications you’re using most so once you have activated screen time. And you get a summary, but then you can actually select the device that you want, and it’s divided into two sections today or the last seven days and then there are categories which are basically productivity, reading and reference, entertainment and social media and things like that. For example, today I’ve used my phone for 24 minutes, and of this I’ve spent nine minutes of those on productivity, six minutes on reading and three minutes on entertainment and it actually shows you the most used apps in order.

Okay, you can also flip over to the last seven days, now on my phone I’ve used my phone for one hour and 51 minutes on average in the past seven days, which is pretty good and that’s per day and what you’ll notice as well is that the top most used app on my phone is Google maps. So, in fact, we can see that most or a lot of the time I’ve used my phone two and a half hour oh two hours sorry, on Google maps, so that was obviously when I was driving and I needed to go some places and I had maps open, so that’s not really wasting time, I am actually using it for a productive purpose. Now the next app is WhatsApp. Okay, obviously I’m sure most of you are going to be having WhatsApp quite high up the list and you’ll notice that a lot of my apps are… you know, chrome, BBC News, email and then down is YouTube and so you do get an idea of how many hours you have spent on these apps over the last seven days.

I would say the maximum time you could use your phone in a day, I would say 10 hours maybe.

Okay, so when we say the last seven days we’re talking about the whole 24 period of the day, so you need to keep that in mind when you start to analyse the statistics you’re going to see that you need to sleep for eight hours a day, so you don’t have your phone if you’re sleeping and there is no screen time on. So then the hours that you are using your phone are probably going to be limited to a maximum of about, I mean the possible time that you could use your phone, I would say the maximum time you could use your phone in a day, I would say 10 hours maybe. I mean you have to sleep you have to drive you have to work. You can’t just be using the phone all the time. But what you are going to see is that and in particular with some of my students, the times that they are spending on their phones a day are quiet astronomical.

So if we consider 7 and a half hours to 8 hours a day, a full working day, on average, some of my students are spending a whole day staring at their phone

So that is basically the app and now we can start analysing the data. Okay, so what has been scary for me is that I’ve seen some of my students and colleagues, and they’ve been using their phone on average, on average, okay? So some days less and some days more and the good students about 3 1/2 hours a day on average and the bad students, some of them up to 7 1/2 hours a day of screen time. So if we consider 7 and a half hours to 8 hours a day, a full working day on average, some of my students are spending a whole day staring at their phone, then the next thing that’s quite shocking is if you look at the apps. A lot of them are spending and a day, two hours a day on just looking at Instagram, and when you look at that over a week and I think the worst student had spent 14 hours in a week looking at Instagram and suddenly you think to yourself wow I mean in a seven-day period you’ve spent a whole day a whole day of you being awake staring at Instagram and looking Instagram.

So really this person has only worked or been productive six days out of seven, because they spent a whole day staring at Instagram

So then you start to realise, that must be having a massive negative impact on my productivity. I mean,  imagine if you spent a whole day. So really this person has only worked or been productive six days out of seven, because they spent a whole day staring at Instagram and then when they realise that they suddenly think to themselves wow! This could be a problem. But because you don’t look at Instagram for 14 hours straight, you don’t realise how much time you’re wasting on the app, okay? So what is the other implication? Well because you are picking up your phone all the time, I mean some of them, some of my students had on average, in a week, I think it was 700 pickups or something like that. So once we started to think about how many hours they can actually be awake to pickup the phone. We removed all the sleeping hours and hours of travel hours at their work or in class or whatever. Like literally, we did the maths, average maths and some of them are picking up their phones on average every eight minutes so the averages were between about eight and 12 minutes.

Some of them are picking up their phones on average every eight minutes so the averages were between about eight and 12 minutes.

So suddenly you are realising that people are breaking up their train of thought, they’re destroying their ability to concentrate because they constantly without realising it picking up their phone and this is what is making us as humans struggle with productivity and having the sensation of I am always busy, I’m terribly busy, I am so busy because what’s actually happening is the device in our hands has been engineered specifically to capture and retain our attention. Why? Well it is quite logical isn’t it, if Facebook, Instagram, Google, the big boys they generate revenue from you clicking on ads they serve up in the feeds, so the more time you spend looking at a screen, the more probably they have to sell advertising space, so they want you there. I mean, in the past you could watch television. Back in the old days when we used to watch television and not Netflix. Oh and that’s another thing, Netflix is just as bad. Many of my students spend two hours a day watching Netflix. So suddenly what you’re seeing is a transformation or transition from traditional media like television OK? I mean, many of my students don’t watch television any more they’re watching Netflix. So, the television advertising space suddenly becomes irrelevant. So, where are advertisers now moving to, social media and online platforms because that’s where people are spending the most time. Another thing is, If you’re spending a lot of time Instagram, It can have a negative effect on the way you perceive yourself. So not only are you becoming less productive. But suddenly you are spending time looking at other people and thinking about how they are and how they look and maybe you’re not valuing who you are as a person because you’re comparing yourself constantly to other people. So, there are studies that show that Instagram is having a negative effect on the perception of how teenagers perceive themselves. Okay, especially teenage girls, so it’s quite… and it’s something that is not well understood or well-controlled.

Perfect your English in only one hour per week with personalised online live coaching with native and highly qualified professionals.

If you have every felt frustrating speaking English, or worse you worry about feeling embarrassed or looking ridiculous in front of your next customer or colleague, then you know how important it is to feel comfortable and confident when you need to speak English for work or when you're traveling.

GET THE COMPLETE SYSTEM NOW! 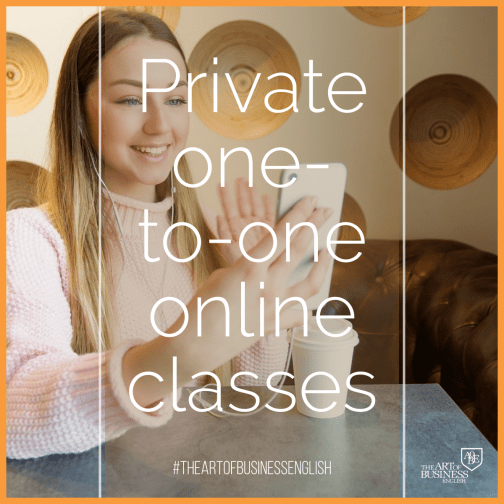