Welcome to episode 83 of the Art of Business English. This week I am continuing with my theme of verb plus prepositions. However, today we will be focusing on verbs of saying and thinking.

Verbs of saying and thinking can often course non-native speakers some problems. Typically, speakers place the wrong preposition after the verb. For example, with Spanish we say “estoy pensando en…” So, what happens here is that Spanish speakers of English will say “I am thinking in…”. This of course is incorrect as the only two prepositions that can follow “think” are of or about.

If you want to learn the correct preposition for many common verbs of thinking and saying, then grab a pen and get ready to take some notes.

I have divided today’s episode into three parts. First, I will be looking at some common verbs for saying and thinking. Then you will learn the secrets to understanding the correct preposition that follows them, and finally I will give you some examples.

OK, let’s start with a list of common verbs for saying and thinking and their translation:

Watch the episode below

Verbs for saying and thinking

You are ready to learn English

We have a way to help you

Click below to get started with a free consultation call to assess your learning needs and set you up with a learning plan.

get started with your free consultation

Prepositions after verbs of saying thinking

Let me demonstrate with an example.

“I would like to complain about the bad service we received in your restaurant.”

In this case, the topic is the bad service.

Now let me turn to the next preposition. Here we often use “to” plus a person, this is when we want to show that the speech is direct.

Again, I will demonstrate with an example.

In this example, we have used the preposition “to” and then we have followed this with the person, “the manager”. Here the speech is direct, that is why we also say, “I would like to speak to you about something”. Whereas in Spanish we say hablar con, which is often translated to “speak with”. Personally, “speak with” is not wrong in some situations but “speak to” works in all situations. I encourage my students to say, “speak to” and not “with”.

Let’s summarise, we use verbs of saying and thinking with the preposition “about” and “to”. We can sometimes use the same verb with both prepositions. For example, to “speak about” something or to “speak to” someone.

Before I finish this section, I would like to quickly point out that there are some verbs that are verbs of saying and thinking, but they don’t have a preposition. Let’s consider the following verbs:

OK, let’s now look at the last part of this episode.

I will now give you come example sentences. Make sure you listen to the pronunciation of each of the prepositions after each verb.

“Does anyone care about the fate of this project or should we just abandon it?”

“The fact that customers are complaining about the same thing, means that we need to review this aspect of our customer service.”

“I am not sure if you knew about the recent changes to government legislation and how it will affect the company moving forward.”

“Chris said he would like to spend some time working in our department, so he can learn about how we do things here.”

“Did the boss say anything to you about the upcoming conference in Barcelona?”

“I have been thinking about what you said, and I think I have found a solution.”

OK, so there are some sample sentences with the preposition “about”, followed by the topic.

Now, let’s cover some examples with the preposition “to”, followed by the person, to indicate direct speech.

“I think you should apologise to Jim; he seems pretty upset by your comments in the last meeting.”

“Could you please explain the process to Maria? She is new and needs a hand.”

“I will be presenting some new ideas to the Board at the next board meeting.”

“Brian, please write to our supplier and congratulate them for their fast delivery times.”

Well, that is it, a list of verbs for thinking and say and the correct preposition. Make sure you remember the two main rules, are you talking about the topic or are you talking to someone using direct speech.

If you want to learn more prepositions and verb combinations then grab a copy of our 500 business English collocations for everyday use, which includes all of the pronunciation in mp3 format.

Well, that is it from me for another week. I hope you have a great week and for those of us in the northern hemisphere, enjoy the lovely weather. I know I am. Until next week, take care, bye for now. 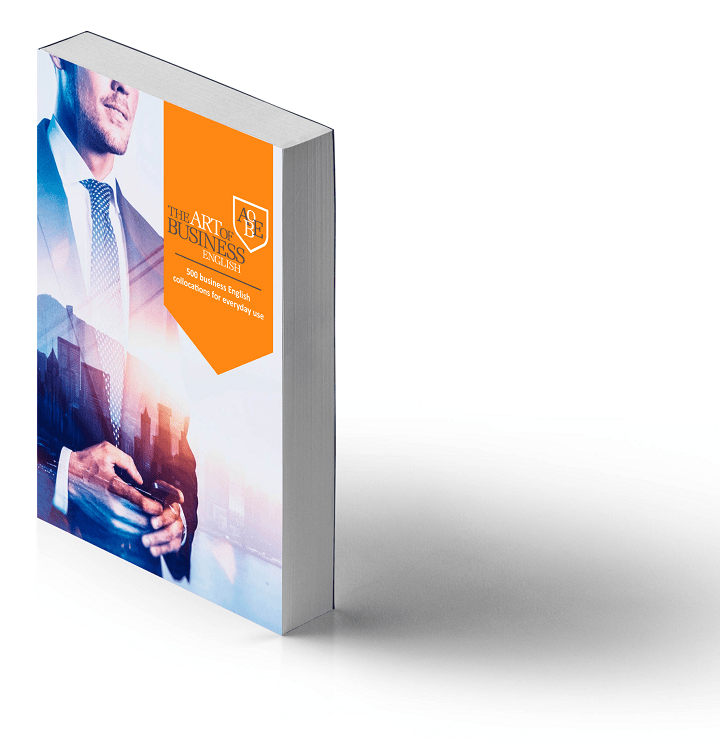 DO YOU WANT TO IMPROVE YOUR ENGLISH BUT DON'T KNOW WHERE TO START?

COMPLETE THE FORM BELOW

And we will be in touch shortly to help you improve in your desired area.